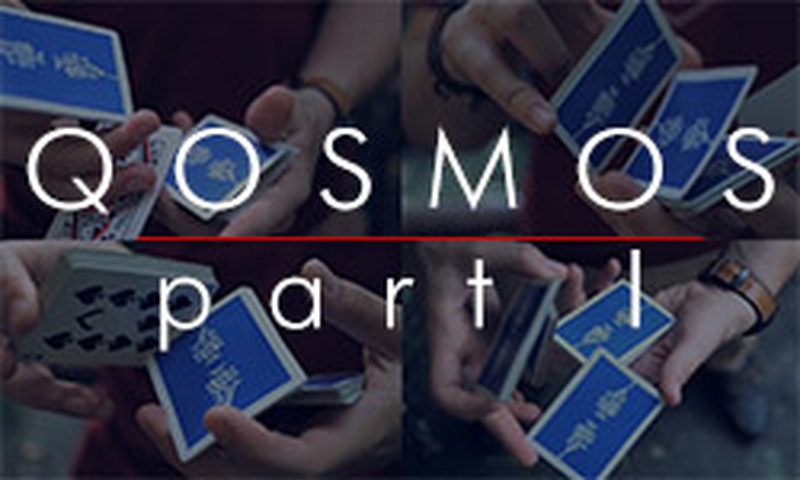 First part of QOSMOS contains tutorials for 4 original flourishes: Mercury, Saturn, Venus and a variation of Skater Cut: Anti-Gravity. + Get this bundle and unlock a bonus tutorial for Inverted One Handed Shuffle!

Mercury is a compact flourish with a permanent packet movement in both hands. It's quite visual due to the all the smooth and seamless phases that can be performed without fiddling too much grip-wise.

Saturn is one of our favourites on the entire project. The flourish starts similar to the Sybil Cut, features impossibly looking 360° spins and face-to-face packets connections. Saturn ends with an original packet throw.

Venus is the first original flourish of December Boys. Since 2010 it has been finessed and now features some additional spins. Packets rotate and move from hand to hand in each phase.

Skater Cut: Anti-gravity is our take on the popular flourish of Joey Burton. For experienced cardists only. Anti-gravity requires a skill of performing kickflip - a spin of a middle packet - not once, but 1.5 or 2.5 times - 540° or 720°. To perform this move you'll have to relax your grip a bit more and execute a harder kick with your ring finger. Skater Cut: Anti-gravity ends up using elements reminiscent of Dan and Dave's 000.327.0000 flourish.

All explanations captured in 720p HD, each flourish is broken down from different angles, including over the shoulder view, and features English subtitles. Learning cardistry with December Boys has never been so fun. Once mastered all card manipulations from QOSMOS, you'll be able to impress your friends and pets with enviable sleight of hand using an ordinary deck of cards.

You can learn flourishes from QOSMOS project by December Boys right now. To get access to the tutorial through your December Boys site account, add this item to your cart and proceed with placing your order. Learn more.